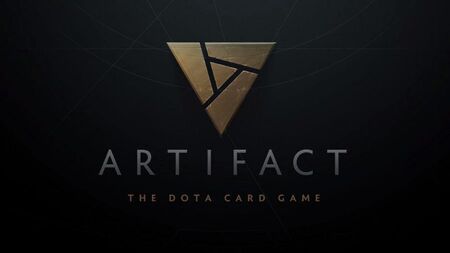 Artifact is a digital collectible card game developed and published by Valve Corporation. The game's concept is heavily based upon Dota 2, a multiplayer online battle arena game also by Valve.

Released on Steam on November 28, 2018, Artifact is designed to give Trading Card Game (TCG) enthusiasts the deepest gameplay and highest fidelity experience ever in a fantasy card game. Offering more than 280 cards in the shipping set, players will be able to buy and sell cards on the Steam Community Marketplace.

On March 4, 2021, development on Artifact was cancelled by Valve, with the both version of the game becoming free-to-play and immediately released to the public.

Artifact will have cards that feature Dota 2 heroes, items, abilities, and characters from its lore. Matches will take place simultaneously on three lanes. Minor lore characters like Rix, Kanna and Sorla Khan will be shown in more detail, and possibly ported to Dota 2 as heroes.[1]

280 cards and 44 heroes will be available on launch.