Cleave is a keyword in Artifact.

When blocked during the combat phase, Cleave deals X damage to the blocker's neighbors (units directly to the left and right of the unit being attacked). Cleave does not trigger if there is no unit to cleave off of, such as the tower being attacked instead. Towers do not take cleave damage, nor can they be cleaved off of. As Cleave only triggers during the combat phase, forced battle effects such as Duel will not cause Cleave to trigger or deal damage.

Units damaged by Cleave are considered to have taken battle damage from that unit, triggering effects such as Fury Swipes. 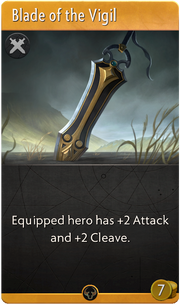 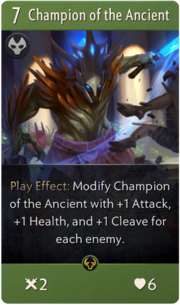 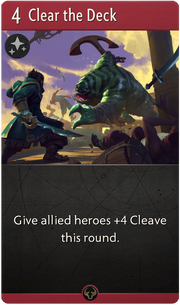 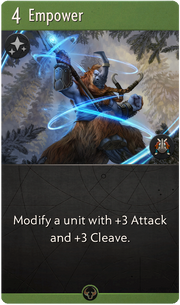 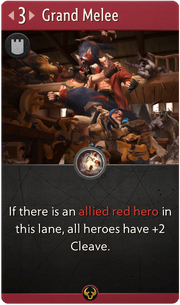 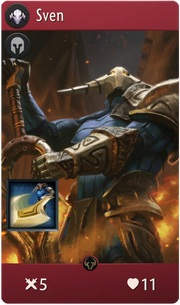 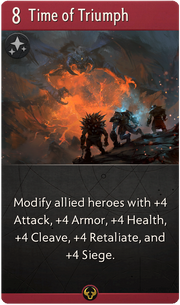